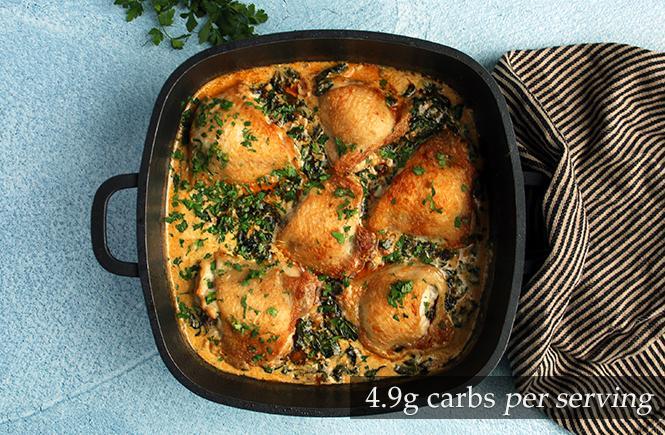 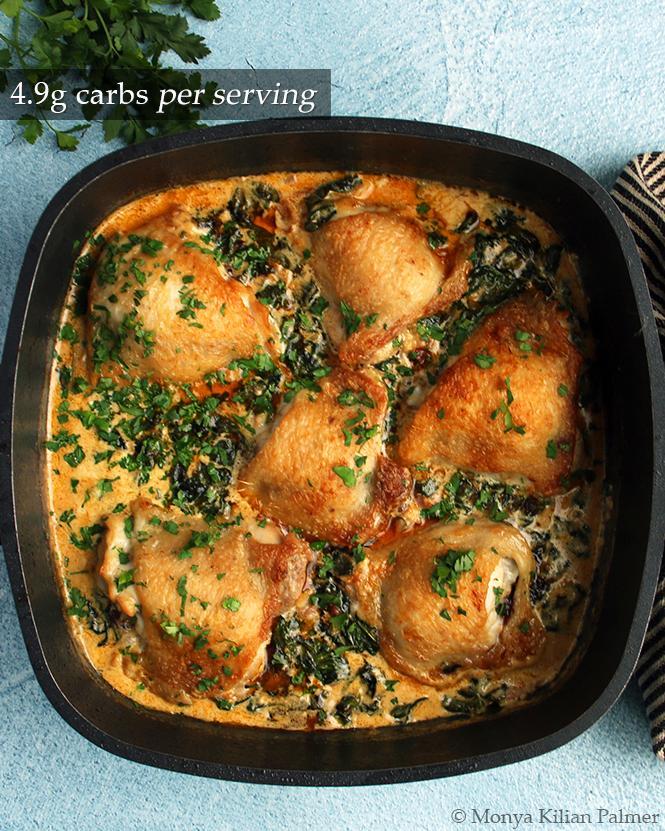 This is a rich, deeply-flavoured family chicken dish. Funnyman and I love spicy food so I added a whopping half tablespoon of ground cayenne pepper which added a satisfying ‘kick’, but you can omit it if you are cooking this for kids, or reduce the amount for the those who don’t like spicy food. This creamy chicken dish can be enjoyed over Cauliflower Mash, Cauliflower Rice or shirataki / konjac noodles… It’s absolutely delicious! 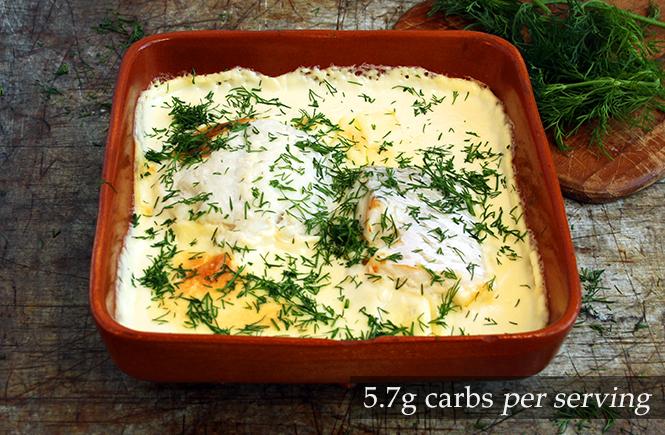 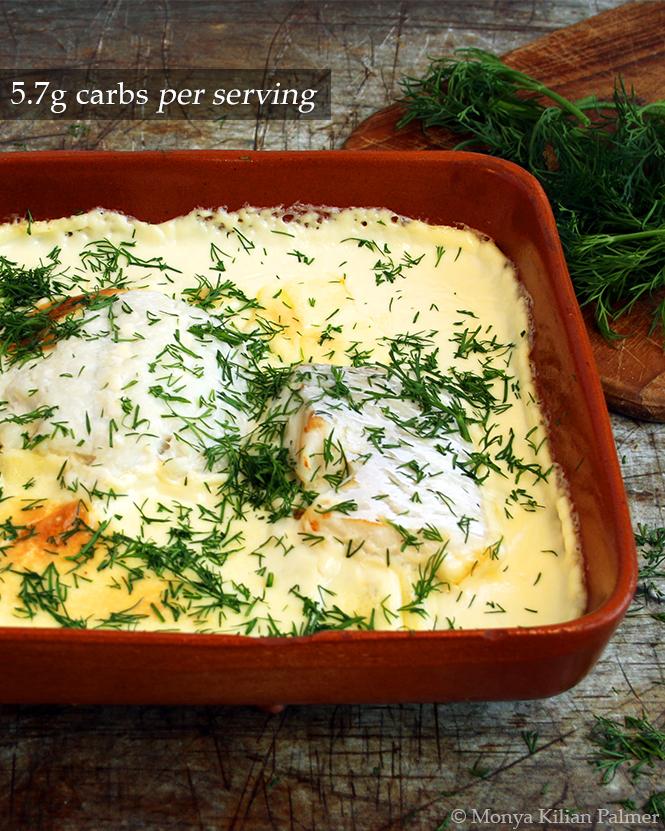 This dish was inspired by a staff meal I enjoyed while working at the Duck several years ago. (Imagine having the chefs of a 3-Michelin star restaurant cooking your lunch every day?) It is one of my favourite dishes to make using cod and I can’t stress enough how delicious it is. You simply have to try it for yourself. Each cod portion is approx 120g / 4.2oz and is poached in an enormous amount of cream. The stars of the show are the jammy onions hidden under the cod and the generous amount of freshly chopped dill scattered over after baking. Double up the recipe to make this for your family, and enjoy alongside some high-fibre vegetables.

See my Side Dishes for some ideas, but I will lean heavily towards advising it over my Keto Cauliflower Mash to mop up all that glorious sauce. Step-by-step pics to help you along… 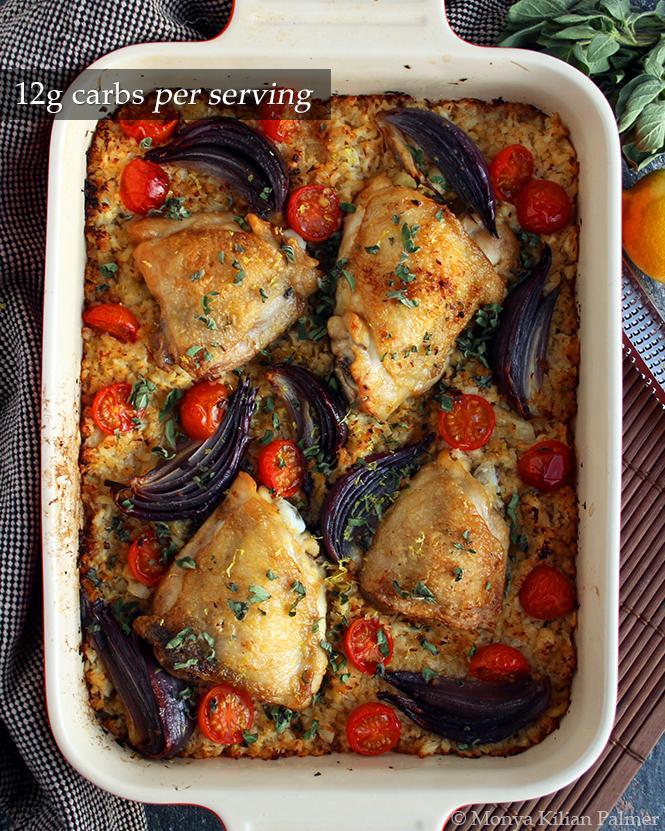 I LOVE fresh oregano, but struggle to find it here in the UK. When I spot it in the Trose, I grab a packet and make this dish! Its key to the overall flavour. If you have the same struggle I do, I advise you wait until fresh oregano can be sourced, as dried oregano may alter the flavour I worked so hard to perfect. The other predominant element is the lemony flavour throughout the dish. Its a fresh and essential part of the dish. The tomatoes and roasted red onions bring a sweetness in every mouthful, and the whole lot bakes in a pre-cooked (non-cauliflower-tasting) cauliflower rice. A fantastic dish to break a fast or to enjoy at dinner if your macros allow for 12g carbs in one sitting. Its a rich and tasty dinner, and all the flavours just work. Step-by-step pics to help you along… 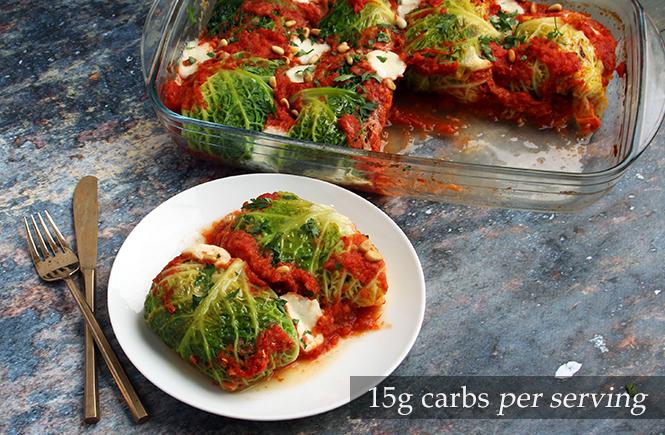 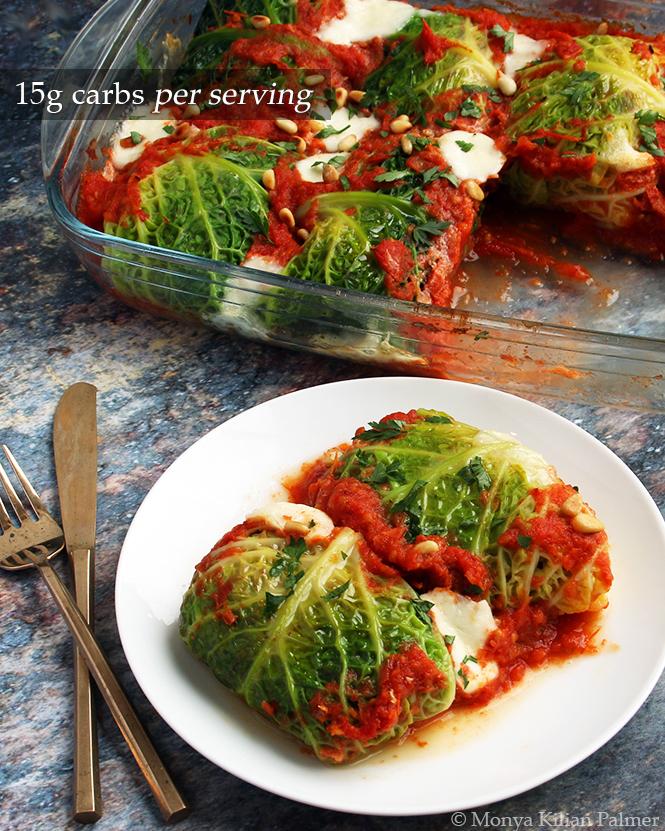 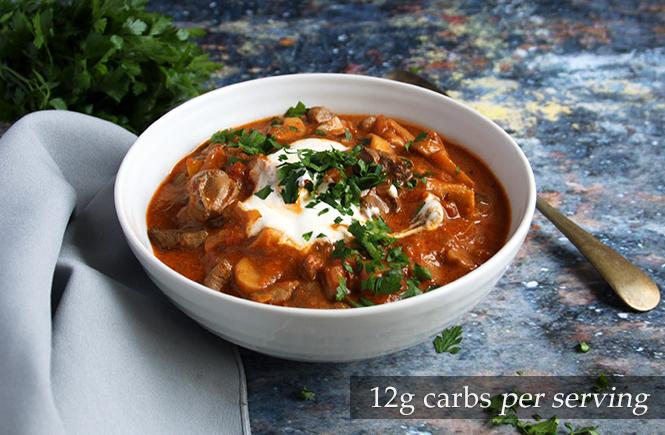 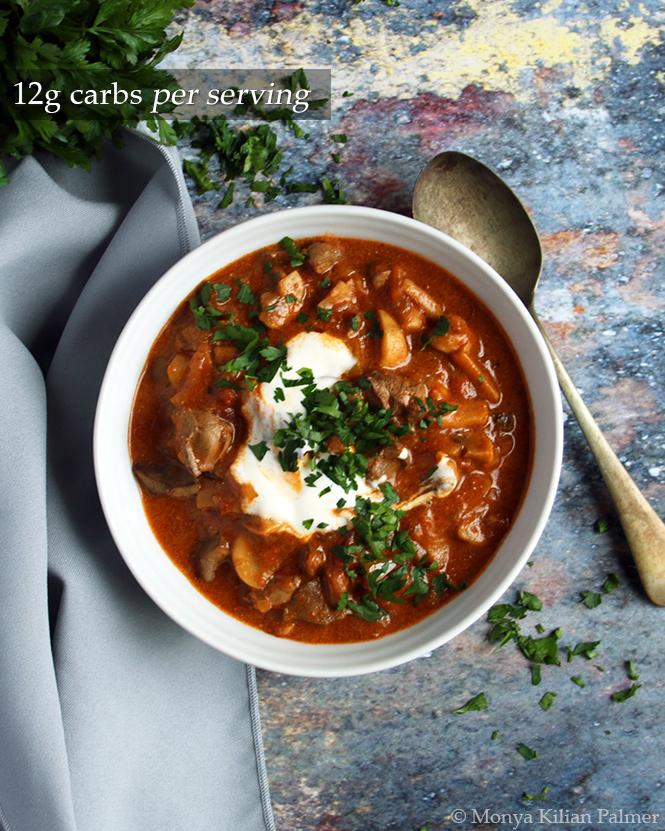 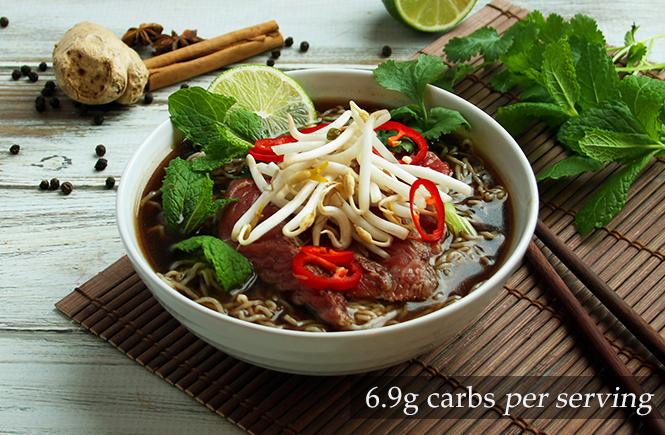 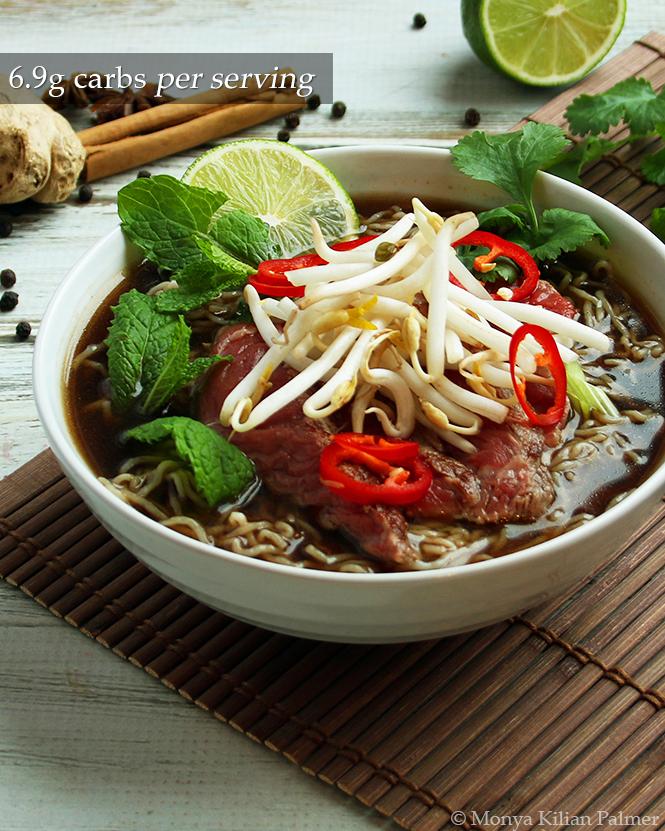 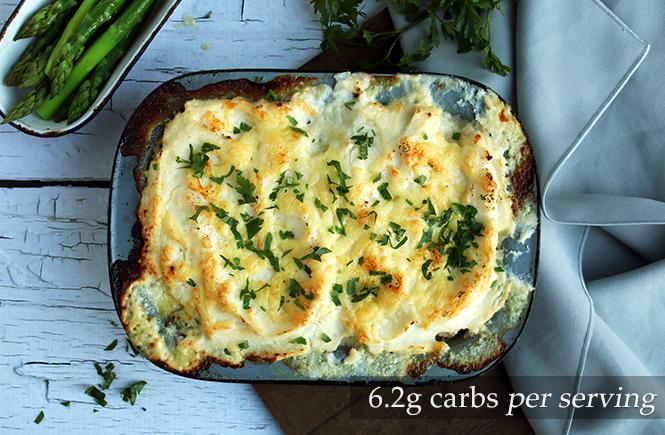 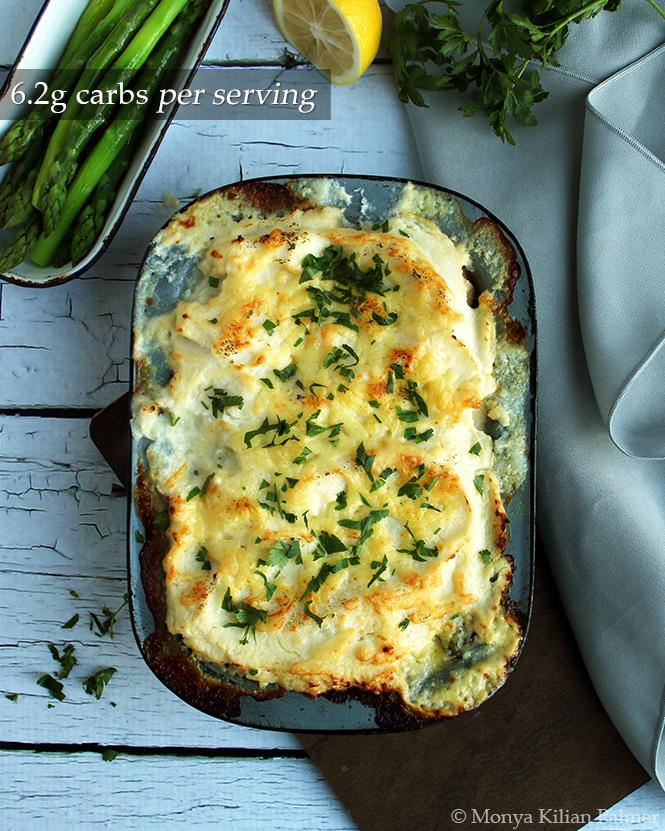 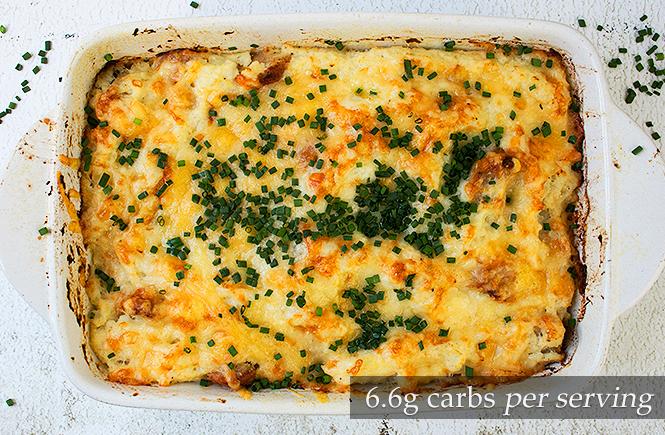 This recipe doesn’t require a long-winded head note because it is so fabulous! It’s SO simple, SO tasty and I bet your kids will love it! This recipe yields 4 servings and would go well with a lovely, fresh green salad on the side. You could double the recipe to serve 8 (using the handy plug-in below) – and use a larger casserole, but please be sure to use Gruyere cheese, as I am not sure Cheddar or any other cheese would pack the same punch. It’s one of my favourites. (I used 97% Pork Sausages (Tesco Finest brand) for this recipe: With those, there is no added wheat/gluten. However, there is a small amount of potato starch present, but honestly I am fine with that for occasional consumption. It’s only 1.5g carbs per TWO fat, beautiful pork sausages!) THIS RECIPE IS ACCOMPANIED WITH A VIDEO. (Scroll down to see it, and be sure to watch the blooper reel Funnyman slips in at the end!)